Making your classroom right for everyone 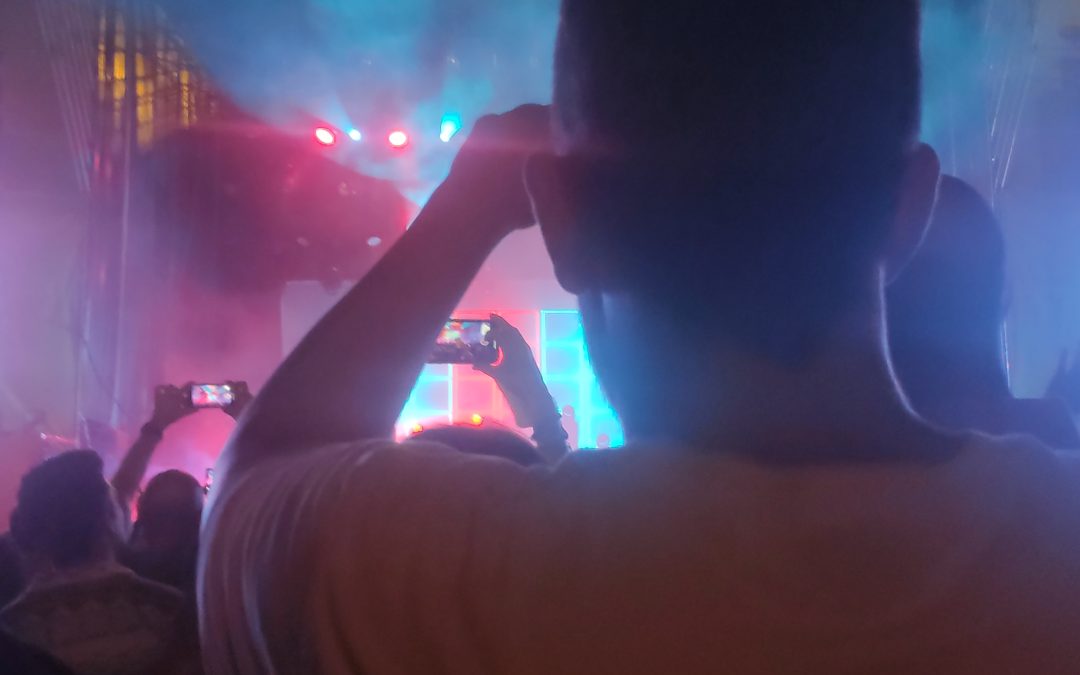 This weekend I went to a music festival in the nearby city of Cadiz. This is the third time I’ve been to this particular festival and it’s always a well-organised event with some great performances by bands from the Spanish indie scene.

As with all concerts, though, there’s a problem. Well, actually there’s more than one. The image above reflects the first. I took this picture during the Lori Meyers set – the Saturday night headliner act. This shows exactly what I could see unless I constantly moved around, trying to peep between people’s heads and shoulders. Now I will admit that at 1m 60cm I’m not at the taller end of the height spectrum. But it would be nice to be able to see _something_ at a gig.

The second problem is a sensory issue. I can be somewhat sensitive to sound and light, but I would say it’s relatively insignificant in the grand scheme of things. Loud noise can bother me, but with live music I’m generally fine after the first five or ten minutes, once my body has had time to adjust. But the flashing beams that are so prevalent at night-time concerts are another story. I’ve tried wearing sunglasses (they don’t do much as they just make everything look darker) and looking down at the ground during these thankfully very short bursts of lighting effects. I was convinced that this must affect everybody – who would be able to bear brilliant white lights flashing right at you? – but when I looked around, everyone else seemed to be looking at the stage, showing zero signs of discomfort! So maybe I am slightly hypersensitive, who knows?

Why am I telling you this?

Well, I think it’s directly relevant to inclusion in general and how we set up our classrooms.

I’m sure you’ve all seen the “equality versus equity” image, which shows three people of different heights standing on boxes in order to see a baseball match over the top of a fence.

I had this image in my head the countless times I strained my neck trying to see the stage over the three evenings of the festival. It didn’t help that in 35ºC heat with extremely high humidity, the steaming sweaty backs of those in front of me made it even more uncomfortable (sorry for putting that disgusting image into your head!)

I started to think that maybe festivals should have staggered entrances where shorter people or those in wheelchairs (there is a designated wheelchair area but it’s pretty far back and I only saw two people there) get to stand at the front and the tallest people at the back, in the same way that marathons and 10k races have people in speed order, with the fastest at the front so they are not impeded by the slower runners. Of course, I know this is a silly idea, as it is totally impractical. For a start, I wouldn’t be able to stand near my partner who is six foot tall!

It’s the lack of fairness that annoys me. And the (my) perceived selfishness of those tall men who were totally oblivious to the fact that they were blocking my view and personal space (yes, I know, you can’t expect space if you choose to stand in a crowd).

But I’m also aware that I chose to be there. And when I needed to, I could leave the crowd and have a walk around or find a quieter place to stand further away from the stage.

Our students, however, don’t always have that choice. They don’t choose to be in our classrooms. They may not even choose where in the classroom they sit or who they sit with. They may be sitting near somebody who causes them discomfort by moving in their seat or tapping a pen on the desk, coughing or even just breathing heavily.

For younger learners especially, we may have no idea whether or not they can see the board or hear us or the other students.

Our students are often treated the same under the guise of “fairness” when in reality, equal treatment leaves some students behind. Because some students need more support than others, some need different conditions that enable them to learn. They need equity, not equality.

So what can we do?

Also, check out this post originally by @AutSciPerson and shared by @WeWorkWithAutism:

I usually keep this type of personal story for my weekly (sometimes fortnightly) newsletter, but this time I thought it would be nice to share with my community. If you’d like to hear more about inclusion in the primary classroom (and sometimes with an amusing anecdote!) you can sign up here.

About me – Michelle Worgan